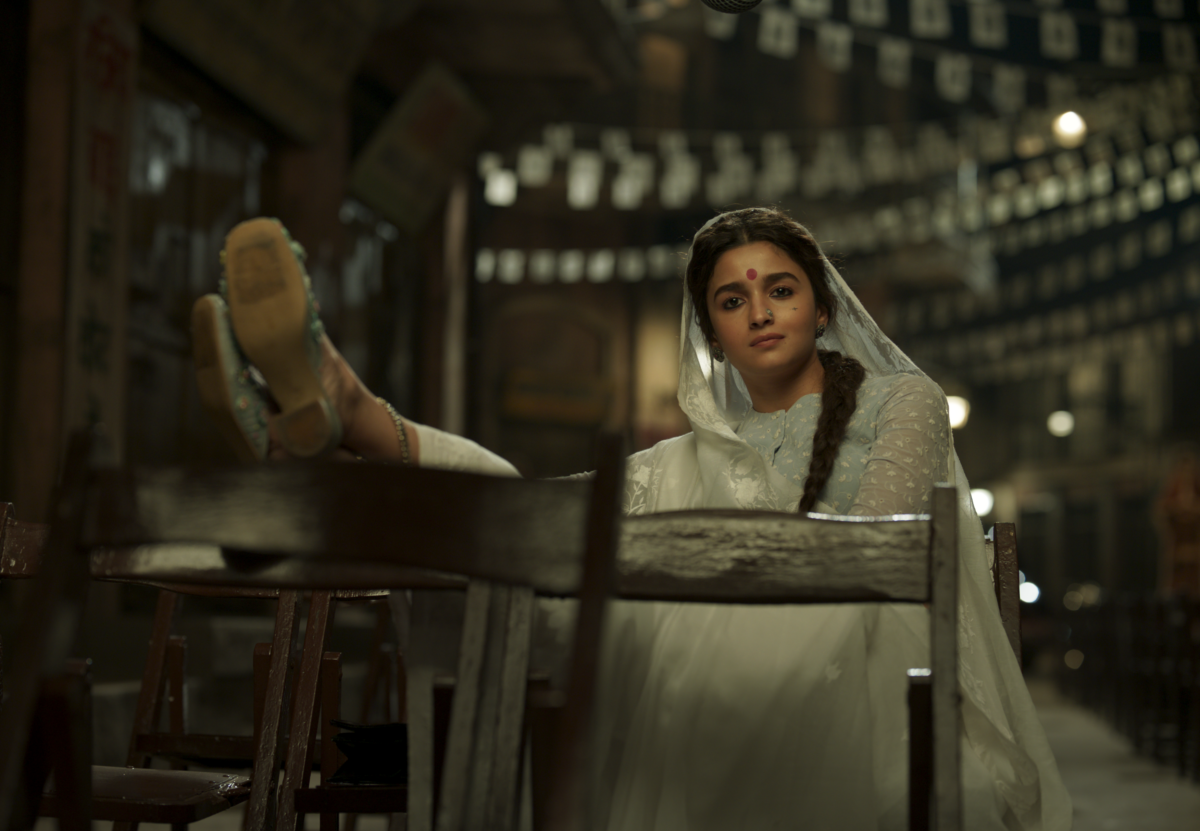 After the successful premiere at the Berlinale where tickets were sold out within minutes, the new film by Sanjay Leela Bhansali, starring Alia Bhatt as the mafia queen, will be released in cinemas in Germany, Austria and Switzerland tomorrow, with a few preview screenings today. But what can we expect from GANGUBAI KATHIAWADI, based on a real story from the book “Mafia Queens of Mumbai” by S. Hussain Zaidi and Jane Borges?

Movie Synopsis: Young Ganga is duped by her fiancé who promises her a film career in order to lure her out of the country to Mumbai where he sells her to a brothel in Kamathipura, India’s biggest red light district in the 1950s. Here her resistance is broken so that she can serve the suitors. But Ganga’s rebellious spirit does not rest. She accepts the situation out of necessity, but turns it to her advantage and becomes the feared Gangubai, protector of prostitutes. She allies with the neighborhood mafia boss and becomes the first woman to raise her voice for the rights of sex workers and their children. Her courageous struggle for emancipation in an extremely backward male society even leads her to Jawaharlal Nehru, the first prime minister of independent India.

“You could say that Sanjay Sir had a vision for the way he wanted to transform me. He knows my background and that the person that I am is very different from this person. And I think that’s what he saw as a challenge.”

Even outside of India, where he received many awards, Sanjay Leela Bhansali is one of the most famous directors of Indian cinema with a very unique, opulent style and striking film music that he now composes himself. His literary adaptation DEVDAS with Shah Rukh Khan and Aishwarya Rai-Bachchan premiered at the Cannes Film Festival in 2002 and he has been to the Berlinale before with HUM DIL DE CHUKE SANAM. Alia Bhatt (GULLY BOY, DEAR ZINDAGI) has also dreamed of starring in one of his films for a long time. At the press conference in Berlin, she said that she auditioned for BLACK (2009) when she was 9 years old, but that she wasn’t good enough at the time. However, Bhansali saw something in her and when it came to casting GANGUBAI KATHIAWADI, he wanted the now hugely successful actress for a role that many might not have seen her play. “You could say that Sanjay Sir had a vision for the way he wanted to transform me,” she told ISHQ. “He knows my background and that the person that I am is very different from this person. And I think that’s what he saw as a challenge.”

The director also said that when he offered her the role, she just grabbed her bag and left. He thought he had to find another actress, but then she came back the next day and said, “Okay, fine. Tell me what to do.” And then she developed the character herself, without many instructions from him. Bhansali also wasn’t aware of Alia Bhatt’s dancing skills, although it is a very important aspect of his films, with the dances being copied by fans all over the world. In Berlin, he went out of his way to praise Bhatt specifically for her performance in the song in which she wears all white. “Those are really goosebump moments. There we have transcendence and we suddenly enter a different world. In fact, for her, the cameras and spotlights didn’t matter anymore. She was completely in this song and I will probably never forget this moment. It’s an amazing scene and I really think it was the best thing I’ve ever seen from an actor or actress.” Alia Bhatt on the other hand sees herself as an average dancer in general, but is also proud of her work on this particular song.

The “Dholida” song from GANGUBAI KATHIAWADI:

At the press conference, Sanjay Leela Bhansali was also grateful when a journalist spoke of an Indian film and not of “Bollywood”. He thinks that it’s a strange term and that it also severely restricts his country’s film industry. After all, Bollywood only stands for Hindi films and his GANGUBAI KATHIAWADI doesn’t fit the clichés that still prevail abroad. As a German magazine on Indian Cinema ISHQ has been struggling to redefine the brand that reduces several Indian film industries to a “Bollywood genre” and a very strict formula, but the market can’t seem to shake it off anymore. There may be songs, but it’s not a love story, it’s about emancipation and it’s set in a red-light district of Bombay in the 1960s. Stories about the mafia are also very popular in India and nothing new even for Bhansali. Already in his film RAM LEELA he showed a ruthless matriarch, played by Supriya Pathak. He’s always had strong female protagonists in his films, and Gangubai is no exception with lines like this one: “When women are the embodiment of power wealth and intelligence then what makes these men feel superior?”

“It’s an amazing scene and I really think it was the best thing I’ve ever seen from an actor or actress.”

In the interview with ISHQ Alia Bhatt also explained what she personally learned from Gangubai: “It’s okay to have people not be impressed by you and not really like you, because it really doesn’t matter.” Then you don’t have that pressure to always please others, she thinks. That sounds pretty liberating.

However, expectations for GANGUBAI KATHIAWADI are sky-high at the moment, so the pressure is there. The film is now one of the first big starts after the relaxation of protective measures in India and it even had to be completed under Covid conditions. But of course it was made to be shown in cinemas and it belongs on the big screen. The crisis-ridden film industry in India is now keeping its fingers crossed that the film can revive business. The German-speaking market for Indian films could also use some success.